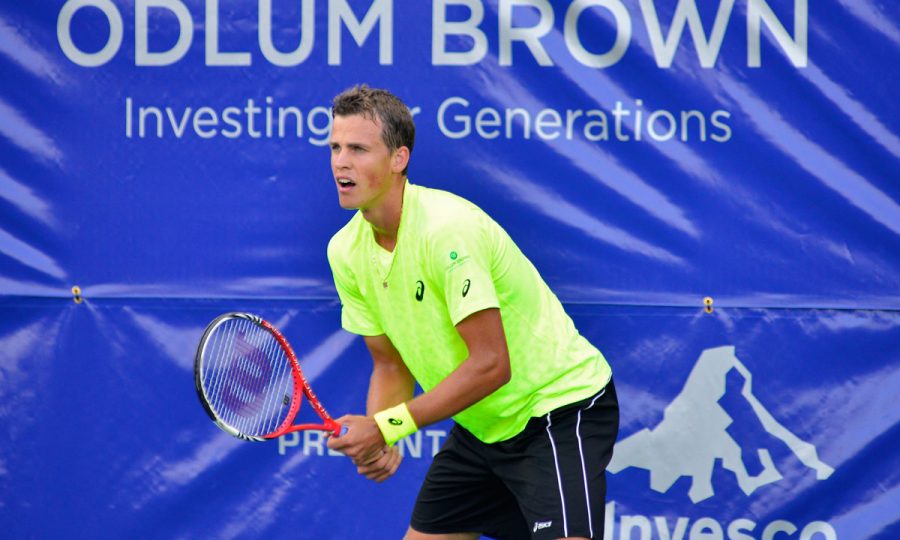 Organizers of the Odlum Brown VanOpen are pleased to announce that former World No. 25 and Vancouver’s own Vasek Pospisil will return to play at Hollyburn Country Club August 11 – 19 for this year’s tournament.

Pospisil, who won the Odlum Brown VanOpen Men’s Singles title in 2013, has been awarded a wild card into the men’s main draw. He is currently the third ranked Canadian men’s singles player behind Milos Raonic and Denis Shapovalov.

“We are very excited to have Vasek returning to our tournament. As a past Odlum Brown VanOpen champion, Davis Cup player and Grand Slam Doubles Champion, his accomplishments speak for themselves,” said Tournament Director Rik de Voest. “We can’t wait to see Vasek back in action on the courts at Hollyburn and know our fans will be entertained with top-level tennis.”

The 28-year-old, who was born in Vernon, BC, but moved to Vancouver in 2002, has four career wins over Top-10 opponents, including former World No. 1 Andy Murray. He also reached the quarterfinals at Wimbledon in 2015 and the semifinals at the 2013 Rogers Cup. In addition, Pospisil and his partner Daniel Nestor finished fourth in doubles at the 2016 Rio Olympics.

He’s twice reached the third round at the Australian Open (2014, 2015) and reached his career high No. 25 ranking in January 2014. That year, Pospisil and partner Jack Sock won the Men’s Doubles title at Wimbledon, defeating the eighth, fifth, and second seeds en route to the final.

Pospisil has also been a passionate member of Canada’s Davis Cup team for years, having represented his country since 2008.

From North Vancouver, Peliwo is the first Canadian male and second Canadian ever to win a Grand Slam in singles with his 2012 junior Wimbledon win. That same year, he claimed the junior US Open title and first played the Odlum Brown VanOpen as an 18-year-old. Also in 2012, Peliwo became the first Canadian player to be named ITF Junior Boys’ World Champion.

Toronto’s Schnur is a former Intercollegiate Tennis Association Rookie of the Year and Atlantic Coast Conference Freshman of the Year while at the University of North Carolina. He turned pro at the 2016 Rogers Cup, where he upset then-World No. 98 Ruben Bemelmans in the first round of qualifying. The 22-year-old has won a combined nine ITF Futures championships in singles and doubles.

Sigouin, who was born in Vancouver and is currently a member of the University of North Carolina Men’s Tennis team, reached the quarterfinals at the French Open in his first junior Grand Slam in 2016. He also won the 2016 Belgian International Junior Championships, a high-level under-18 event, which propelled him to Junior World No. 10. The 19-year-old reached Junior World No. 4 in January 2017.​