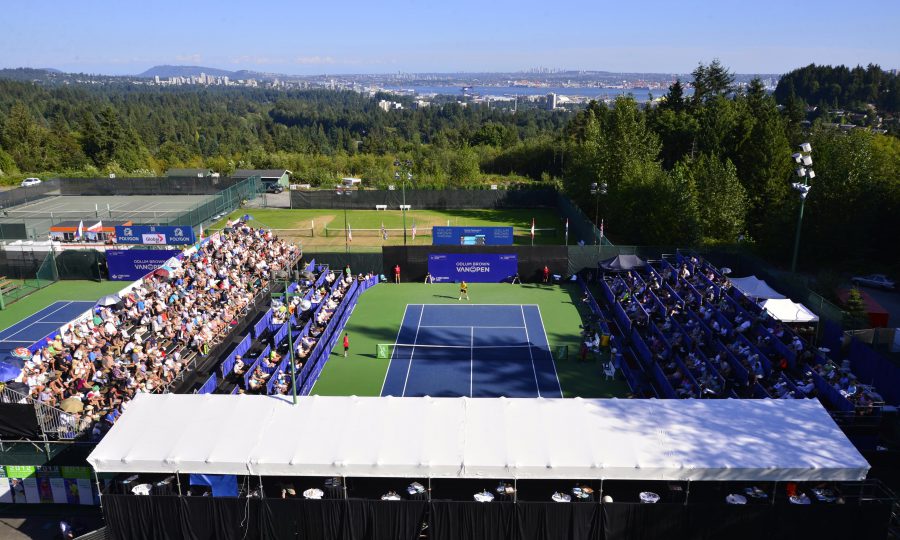 Organizers of the Odlum Brown VanOpen are thrilled to announce that the tournament is one of three worldwide to receive the 2017 ATP Challenger Tournament of the Year award.

“It is an incredible honour to receive this award and extra special given that it’s voted on by players on the ATP Challenger Tour. In bringing back the Odlum Brown VanOpen last year, it was our goal to create a tournament experience unlike any other for the players, spectators, officials, volunteers, patrons and our partners,” said Tournament Chair Carlota Lee. “This award reflects the hard work of our entire team and we look forward to making things even better this year. This prestigious award is dedicated to our generous partners and patrons, and the entire Canadian tennis community.”

It’s the first time in the 16-year history of the Odlum Brown VanOpen that the tournament has received the award.

“Tennis in Canada is reaching new heights and it’s thanks to dedicated people like the organizing committee who made the return of the Odlum Brown VanOpen possible. Since 2002, this event has allowed tennis fans in Western Canada to have a world-class tournament while also allowing our players the chance to play at home and earn crucial ranking points. This is a very well-deserved honour they are receiving today,” said Tennis Canada President Michael Downey.

The ATP Challenger Tournament of the Year awards recognize the leading standards set across the 155 Challenger tournaments in 41 countries in 2017. The Odlum Brown VanOpen is the first Canadian Challenger event to win the distinguished award.

“It’s an immense honour to receive this award and particularly to know that the Odlum Brown VanOpen Challenger is appreciated by the ATP players. The team in Vancouver did an incredible job last year to bring back this event and to improve the tournament experience for the players, the fans, and the partners. They deserve a lot of credit for what they have accomplished, and we know that they will continue to go above and beyond in the years to come,” said Tennis Canada Vice-President of National and Professional Events Gavin Ziv.

The other tournaments named ATP Challenger Tournament of the Year for 2017 are the Sparkassen OPEN in Braunschweig, Germany, and the Heilbronner NECKARCUP in Heilbronn, Germany.