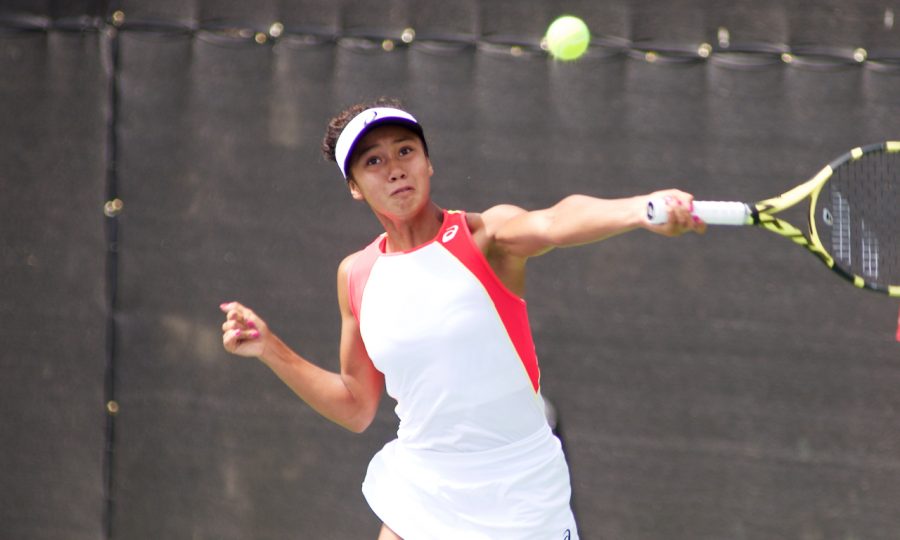 Canadian teenager Leylah Annie Fernandez is into the quarterfinals at the 2019 Odlum Brown VanOpen after her opponent Ashley Kratzer retired with an injury in their second-round match on Thursday at Hollyburn Country Club. The American qualifier called a medical timeout early in the second set and retired from the match with Fernandez up 4-0.

“I knew the beginning of the match would be very hard – I didn’t know she was injured – but I just tried to do my best to be aggressive and make her move and I did just that,” said Fernandez. “It’s bad luck that she’s injured, but I think I did well today and hopefully it will continue on tomorrow.”

The 16-year-old isn’t exactly experiencing your average teenage summer. The Laval, Quebec native won the junior girls’ French Open in June and the Gatineau Challenger in singles and doubles last month for her first pro championship titles. Fernandez also made it to the final at the Granby Challenger three weeks ago, upsetting World No. 135 Nao Hibino in the process. Hibino, from Japan, is her quarterfinal opponent here in Vancouver on Friday.

“It feels great, I’ve worked hard since the beginning of the year – and even beforehand – just to have the results and the extra bonus of going to the quarterfinals here is amazing,” added Fernandez.

On the men’s side, Toronto’s Brayden Schnur lost his third-round match on Thursday, falling 7-6 (3), 6-4 to Enzo Couacaud of France. Couacaud, who’s ranked World No. 169, faces Go Soeda of Japan in the quarterfinals. Soeda knocked off Thiego Monteiro when the Brazilian retired from the match down 2-1 in the third set.