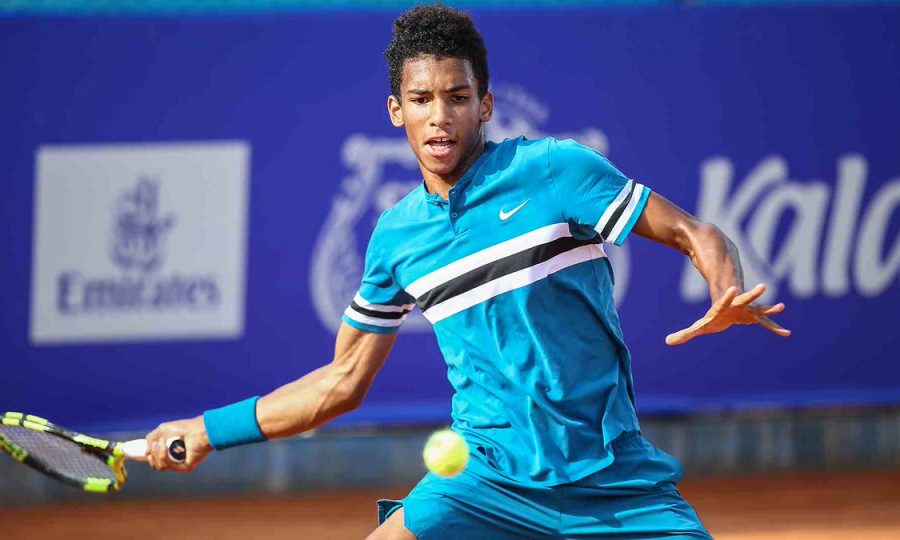 Organizers of the Odlum Brown VanOpen are pleased to announce that Felix Auger-Aliassime has been added to the list of players who will compete at West Vancouver’s Hollyburn Country Club August 11 – 19.

The powerful 17-year-old, who’s from Montreal, is the youngest player ever to qualify and win a main draw match on the ATP Challenger Tour, which he did in 2015, six months before his 15th birthday.

He is a two-time Junior Grand Slam winner, claiming titles at the US Open in singles in 2016, and in doubles in 2015. In June 2017 at a $75,000 event in France, Auger-Aliassime became the first 16-year-old to win an ATP Challenger singles title in nine years. He repeated as champion at the tournament last month to become the youngest player in history to defend an ATP Challenger title.

“We are excited to hear that Felix has committed to playing in our event. We have followed his fantastic results recently, and as one of the NextGen ATP players, we look forward to hosting him in our world class city and have him showcase his skills and talents to tennis fans in Vancouver,” said Odlum Brown VanOpen Tournament Director Rik de Voest.

Last summer, Auger-Aliassime became the youngest player to break the top 200 since Rafael Nadal in December 2002 and the second-youngest to win multiple ATP Challenger titles, behind only Richard Gasquet. In addition, he is only the fourth player to win three Challenger events before the age of 18, following Gasquet and Grand Slam champions Novak Djokovic and Juan Martin del Potro.

Auger-Aliassime is a contender to compete at the Next Gen ATP Finals in Milan in November and has seen his ATP ranking climb 50 places to World No. 139 since the beginning of May.