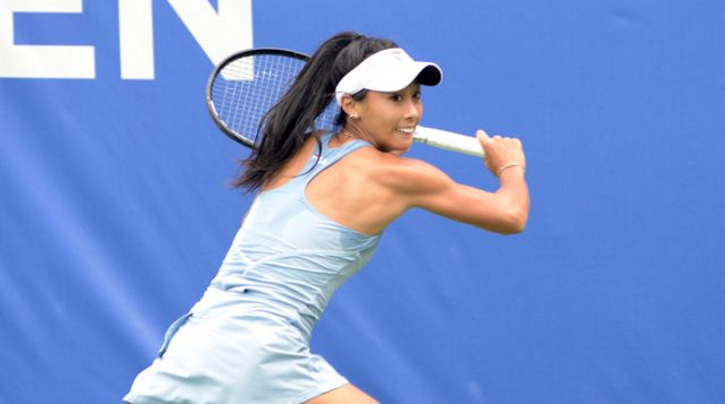 Women’s qualifying round top seed Priscilla Hon of Australia is among the five seeded players who advanced on day one of the 2022 Odlum Brown VanOpen as the tournament returned to Hollyburn Country Club for the first time in three years.

Hon, a quarterfinalist at the 2017 Odlum Brown VanOpen, topped Karman Thandi of India 6-2, 7-5 on Saturday to move on to the final round of women’s qualifying. She’ll face seventh seed Kurumi Nara after the Japanese player knocked off wild card Bianca Fernandez of Canada 6-2, 3-6, 6-2.

The other Canadian in qualifying was wild card Kayla Cross but she fell to second-seeded American Asia Muhammad in straight sets. Muhammad is set to take on Valentini Grammatikopoulou of Greece for a spot in the women’s main draw. Grammatikopoulou, who’s the eighth seed, knocked off Japan’s Nagi Hanatani 6-3, 1-6, 6-2 on Saturday.

Hungary’s Timea Babos was a semifinalist at the 2019 Odlum Brown VanOpen, and this year, she’s into the second round of qualifying after a 6-4, 6-0 victory over No. 3 seed Elsa Jacquemot. Babos will play fifth-seed Yukiro Miyazaki of Great Britain, who eliminated countrywoman Eden Silva in straight sets.

Fourth seed Nao Hibino of Japan and Spain’s Marina Bassols Ribera, who was the sixth seed, both fell in the first round of women’s qualifying. Hibino won the first set against American Catherine Harrison before dropping the second set and retiring in the third while Harrison held a 3-1 lead. Bassols Ribera also won her first set over Maegan Manasse of the United States only to drop the next two as Manasse triumphed 4-6, 6-3, 6-4.

Matches continue Sunday, August 14 at 10 am, featuring Men’s and Women’s Qualifying and First Round Women’s Singles and Doubles Main Draw.

Official ATP and WTA draws and results are available at http://www.vanopen.com.