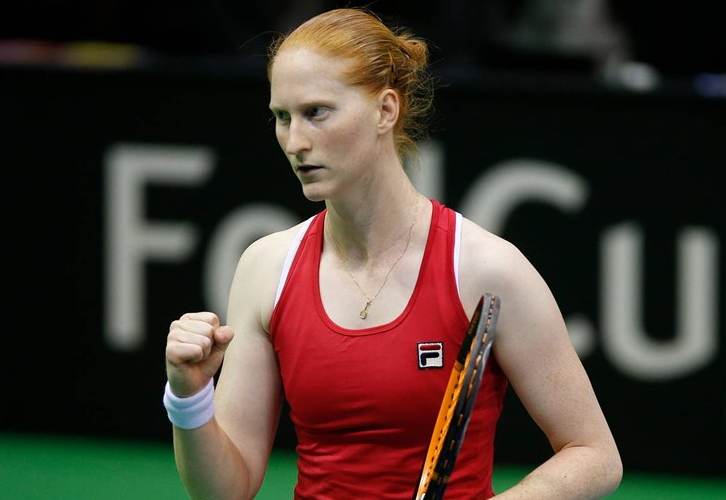 Organizers of the Odlum Brown VanOpen are pleased to announce the strongest field of women in the tournament’s history scheduled to compete in the $100,000 USD ITF World Tennis Tour event from August 12 – 18 at Hollyburn Country Club in West Vancouver.

“We have another stellar line up of players in our women’s field with both our defending champion and finalist returning,” said Odlum Brown VanOpen Tournament Director Rik de Voest. “We have a number of current and former top 100 players, many of whom have had big wins in their careers over others ranked in the top 10. We’re really looking forward to a great week of world class tennis.”

The list of notable players includes Canadian and former World No. 5 Eugenie Bouchard, who was announced last month as committed to play at the tournament. In addition, the main draw direct acceptance also includes Varvara Lepchenko of the USA, Belgian Greet Minnen and Slovakia’s Magdalena Rybarikova.

Van Uytvanck has been ranked as high as 41st in the world. She has three career WTA Tour International victories, including this past February’s Hungarian Ladies Open. The 25-year-old was also finalist at last week’s WTA 125K Karlsruhe Open. Van Uytvanck has appeared in the main draw of 20 Grand Slams during her career.

Brengle is a former World No. 35 who has reached the third round or better at three Grand Slams. She also holds three career wins over top-10 ranked players, including former World No. 1 Serena Williams, who Brengle beat in the second round of the 2017 Auckland Open. The 29-year-old is a 23-time winner on the ITF World Tour.

A former World No. 30 who is the defending Odlum Brown VanOpen women’s champion, Doi owns one career win over players ranked among the top 10 – she beat former World No. 7 Madison Keys in the first round of the 2017 Madrid Open. Doi reached the fourth round at Wimbledon in 2016 and the third round in 2011.

Sorribes Tormo has finished in the top 100 in the last two seasons and was ranked as high as 64th this past June. The 22-year-old reached the second round five times last year, including at Wimbledon. Sorribes Tormo also made it to the second round at Roland Garros earlier this year. She has seven career ITF World Tour titles.

Watson was last year’s Odlum Brown VanOpen women’s singles finalist. She reached her career high of No. 38 in January 2015. The 27-year-old has reached three career WTA Tour finals, winning all three times. She has reached one Grand Slam final in her career, winning mixed doubles at Wimbledon in 2016.

Bonaventure made it to the main draw at Wimbledon last month after battling through qualifying but fell to Veronika Kudermetova in the first round. The 24-year-old also made her Grand Slam main draw debut in January at the Australian Open. This is the third straight year she’s played at the Odlum Brown VanOpen.

Minnen is an eight-time singles title winner on the ITF World Tour, including the W25 Yokohama Keio Challenger Women’s International Tennis Tournament this past March. The 21-year-old claimed her first career WTA title at the Luxembourg Open last October. She made it to the third round of qualifying at Wimbledon last month.

Rybarikova is a former World No. 17 and reached the fourth round of the Aussie Open as recently as 2018. She was also a semifinalist at Wimbledon in 2017, falling to eventual champion Garbine Muguruza. The 30-year-old has ten career wins over top 10 ranked players, including former World No. 1s Simona Halep and Karolina Pliskova.

Unfortunately, Vancouver’s Rebecca Marino is unable to compete at this year’s Odlum Brown VanOpen. Marino, who was a quarterfinalist at the tournament last year, is dealing with a foot injury that has bothered her for the past few months.