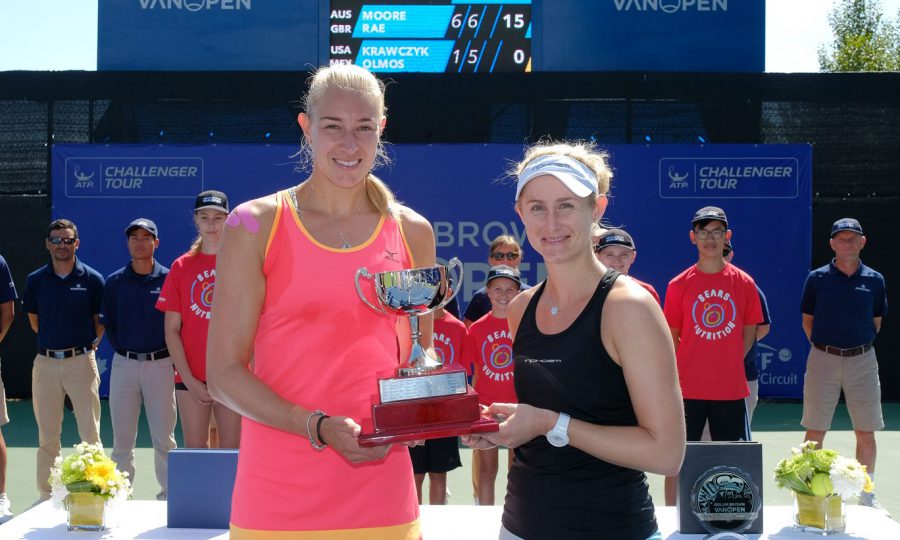 When two women have a combined total of 46 career ITF Pro Circuit doubles titles, it’s tough to bet against them in a final. The team of Jessica Moore of Australia and Jocelyn Rae of Great Britain topped American Desirae Krawczyck and Giuliana Olmos of Mexico 6-1, 7-5 to win the 2017 Women’s Doubles Championship at the Odlum Brown VanOpen.

“I think we played unbelievable to be honest, we were just on fire, playing point by point, and had great energy. Credit to them though, they came back in the second set and made it a contest,” said Moore. “It’s our third week playing together and we’re just having so much fun and I think that helps – just having fun out there.”

For Moore, it’s her 25th career ITF Pro Circuit doubles crown, while for Rae it’s her 23rd. “We’ve not been in many finals, especially this year, it’s always a different atmosphere and you put a little more pressure on yourself,” added Rae. ”We’re happy with how we came out and it was a fun match, although I was getting a little bit nervous at the end there, but glad we were able to close it out.”