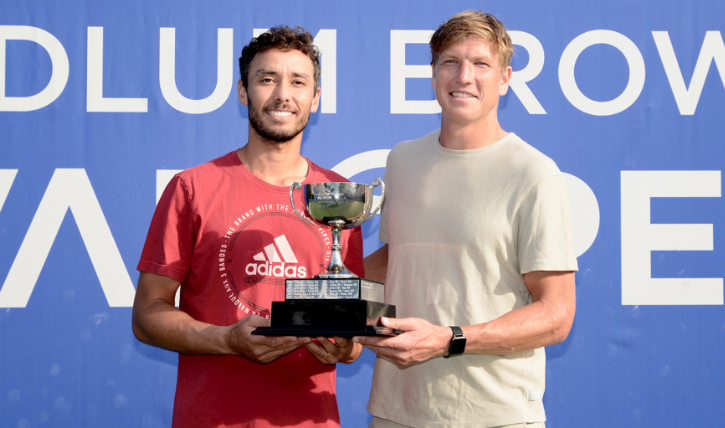 Playing together for the last two and half months, Ben McLachlan of Japan and Andre Goransson of Sweden are definitely used to each other, and it showed in the men’s doubles final at the Odlum Brown VanOpen on Saturday as they eked out a 6-7(4), 7-6(7), 11-9 win over Treat Huey of the Philippines and John-Patrick Smith of Australia in a nailbiter that thrilled a packed Polygon Court.

“There were a lot of emotions in there, it was a crazy match, they played some good tennis,” said McLachlan, 30, as he and Goransson claimed their second ATP Challenger Tour doubles title of August. “It was hard to get a break out there, we went down a break in the second set, and then they served for it and we came up big, so we’re really proud of ourselves for that.”