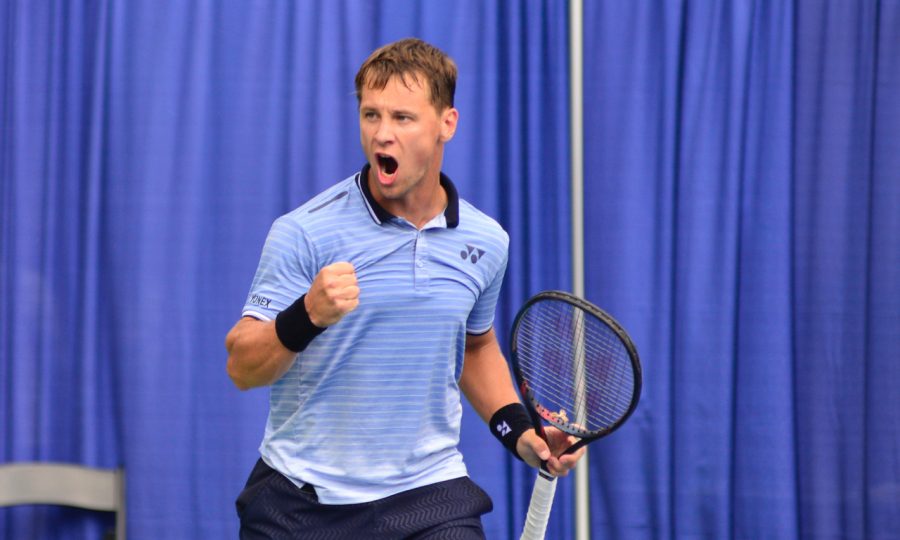 Ricardas Berankis has been tough to beat on the ATP Challenger Tour this year as the Lithuanian has three Challenger titles so far 2019 and owned the second-best win percentage on the Tour heading into the Odlum Brown VanOpen. He improved his win-loss record to 23-3 and advanced to the men’s singles final with a dominant 6-1, 6-1 win over Go Soeda of Japan.

“Everything really worked out well today, I stuck to the game plan I put together with my coach before the match and I’m really happy with the result,” said Berankis, who is the top seed on the men’s side of the draw.

The 29-year-old will face 10th seed Jason Jung of Taiwan in Sunday’s final. Jung, a former University of Michigan standout, grinded out a 7-5, 7-6 (4) semifinal win over France’s Maxime Janvier.

In women’s semifinal action, Canadian teenager Leylah Annie Fernandez fell to former British No. 1 and 6th seed Heather Watson in straight sets, 7-6 (4), 6-2. Despite the loss, the Laval, Quebec product had a good experience this week on the courts at Hollyburn.

“Every match was tough, I learned a lot every round – even today I learned what I need to do for the next tournament,” said Fernandez. “This match (against Heather) was a battle, she played really well, and I made too many mistakes when it counted the most so that was the big difference in the match. She was consistent and I just gave away too many free points for her to get back in the game.”

For Watson, she’s happy to return to the Odlum Brown VanOpen for a second straight year. The 27-year-old fell to Japan’s Misaki Doi in three sets to close out the tournament in 2018. “Leylah’s such a tough player – only 16 years old, but her level’s well above her ranking. I was glad to just get through that first set – I knew it was so important – and then in the second set midway through I sort of caught fire a little bit and just ran with it.”

Joining Watson in Sunday’s final is 3rd seed Sara Sorribes Tormo of Spain. She dispatched Hungary’s Timea Babos 6-4, 6-0. The 22-year-old Tormo is currently ranked World No. 89 while Watson is ranked No. 110. 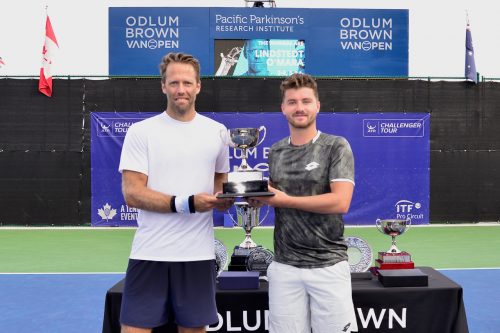 After being a finalist two years ago, Robert Lindstedt of Sweden won the Odlum Brown VanOpen men’s doubles title alongside Jonny O’Mara of Great Britain. They beat the team of Canadian Adil Shamasdin and three-time winner Treat Huey of the Philippines 6-2, 7-5 in a match worthy of an ATP Tour stop. Lindstedt and O’Mara were seeded second in the men’s doubles draw. 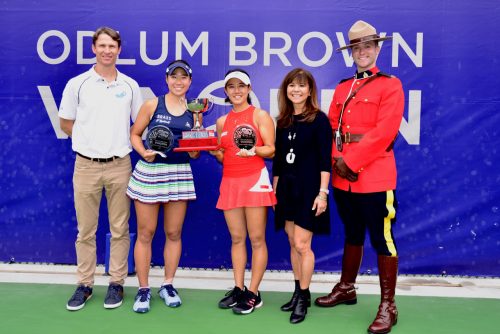 In women’s doubles on Saturday, Nao Hibino and Miyu Kato made history as the first ever Japanese team to win an Odlum Brown VanOpen doubles title as they dominated en route to a 6-2, 6-2 victory over Great Britain’s Naomi Broady and Erin Routliffe of New Zealand.

The action on Sunday, August 18 starts at 12 pm, featuring the Men’s and Women’s Singles Finals.