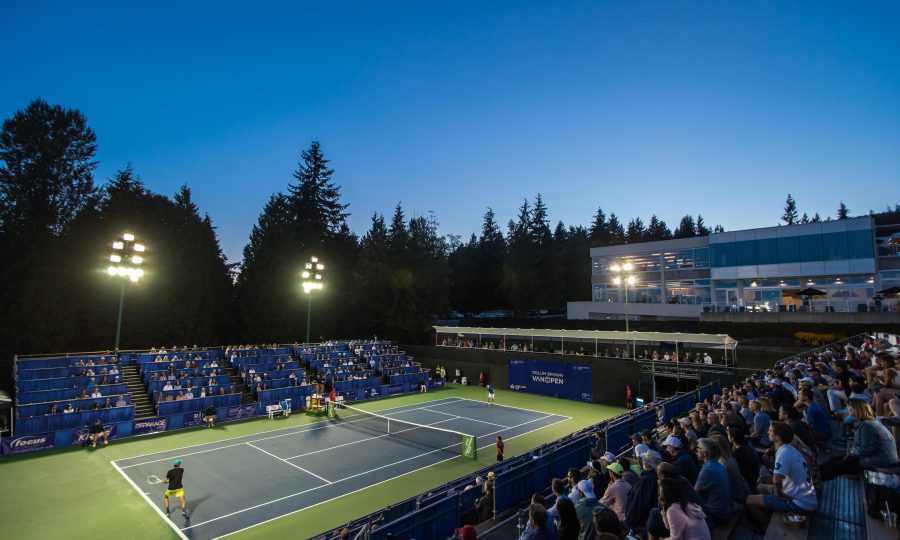 Organizers of the Odlum Brown VanOpen are pleased to announce the dates for 2018. The 16th edition of the tournament runs from Saturday, August 11 to Sunday, August 19 at the beautiful Hollyburn Country Club in West Vancouver.

“We’re very excited to build on last summer’s return of the Odlum Brown VanOpen,” said Tournament Chair Carlota Lee. “The enthusiasm and support of all of our partners was fundamental in making the event such a terrific success.”

The 2017 event saw Cedrik-Marcel Stebe of Germany claim the men’s title over Australia’s Jordan Thompson. Since his win at the Odlum Brown VanOpen in August, Stebe has risen 52 spots to be ranked as high as 82nd in the ATP rankings.

Belgium’s Maryna Zanevska topped Danka Kovinic of Montenegro in a three-set thriller to take the women’s championship last year. After the tournament, Zanevska called it “an amazing place”.

More than 12,000 spectators watched 125 athletes from 35 countries take to the courts at Hollyburn Country Club in 2017. Organizers expect an even bigger crowd this year.

“One of the things we’re proud of most is that the Odlum Brown VanOpen enhances many facets of tennis in BC and across Canada,” said Tournament Director Rik de Voest. “More so than just competing, the event fuels a passion for the sport that extends to coaching and officiating as well.”

Complete ticket details for the 2018 Odlum Brown VanOpen will be announced at a later date.