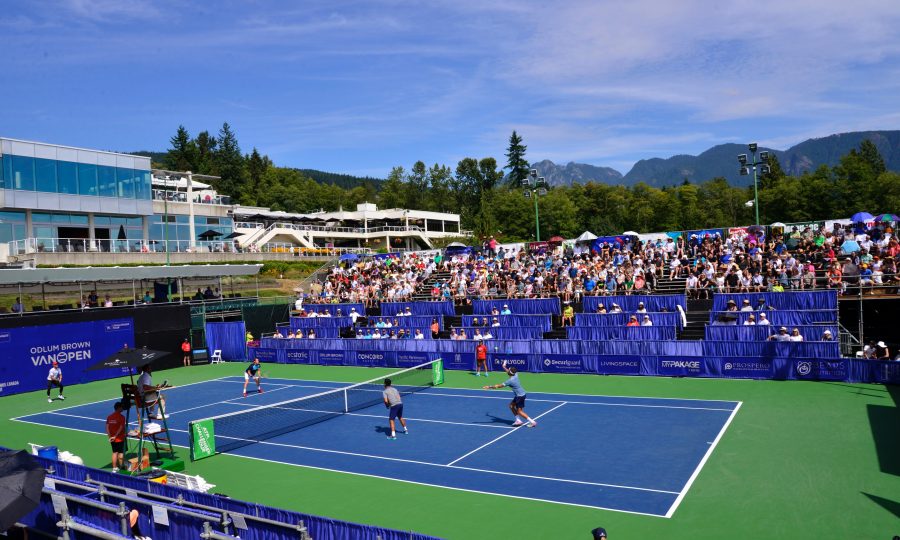 Following another successful sell out this year, organizers of the Odlum Brown VanOpen are pleased to announce the dates for the 2020 edition of the tournament.

“The support for our tournament was outstanding once again this year – from spectators to all of our other partners,” said Odlum Brown VanOpen Tournament Director Rik de Voest. “We look forward to building on our previous successes to make 2020 the best edition of the tournament in its illustrious history.”

The 2019 event saw Ricardas Berankis of Lithuania claim the men’s singles title as his fourth ATP Challenger win of the year, which is tops on the Tour to this point. Meanwhile, a year after being the women’s singles finalist at the Odlum Brown VanOpen, Great Britain’s Heather Watson won this year’s crown and didn’t drop a set in the process.

In total, more than 12,000 spectators watched 130 athletes from 35 countries take to five courts at Hollyburn Country Club this year. Organizers are expecting an even bigger crowd in 2020. Complete ticket details for the 2020 Odlum Brown VanOpen will be announced at a later date.

If you’re interested in Box Seats or becoming a Tournament Partner for 2020, please email sales@vanopen.com.