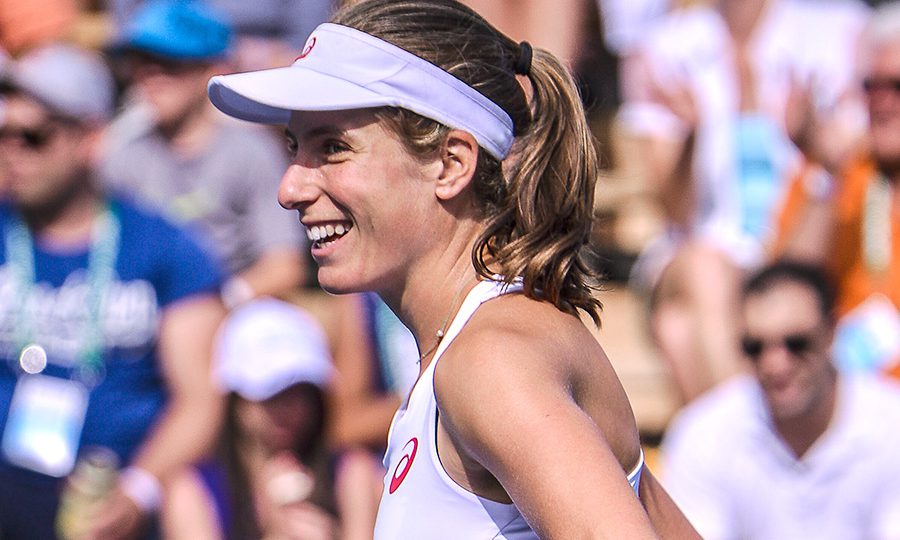 Johanna Konta (born 17 May 1991) is a British professional tennis player who represented Australia until 2012. She has won three singles titles on the WTA Tour, as well as 11 singles and four doubles titles on the ITF Women’s Circuit. The current British number one reached her best singles ranking of world No. 4 on 17 July 2017.

Konta achieved a steep rise in her ranking from the spring of 2015 to late 2016, climbing from 150 to inside the world’s top ten, thereby becoming the first Briton to be ranked amongst the WTA’s top ten since Jo Durie over 30 years previously. This period included her best Grand Slam result up to that time, as she reached the semifinal of the 2016 Australian Open, a quarterfinal appearance at the Rio Summer Olympics and her maiden WTA title in Stanford.  In 2017, she won the Miami Open, and reached the semifinal at Wimbledon.

Born to Hungarian parents in Sydney, Australia, Konta moved to the UK when she was 14. She switched her sporting allegiance from Australia to Great Britain after she became a British citizen in May 2012. – Wikipedia