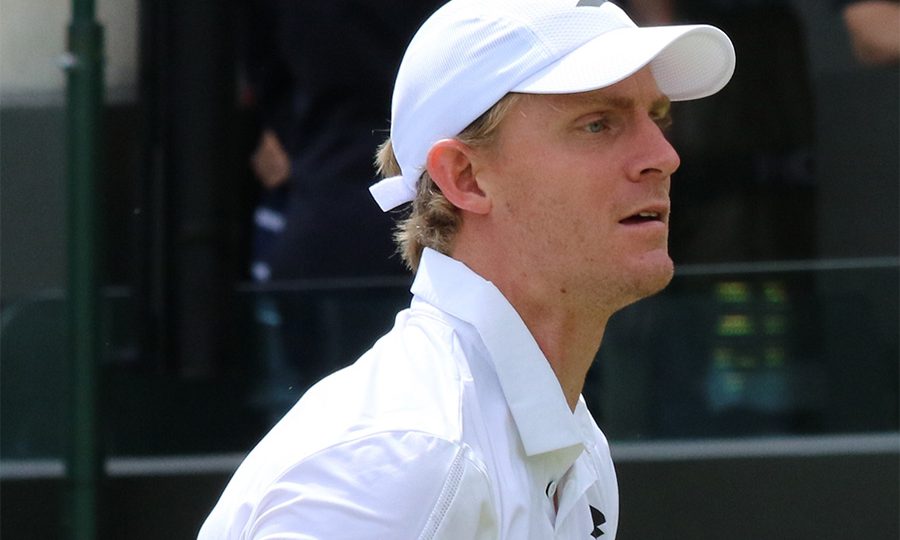 Kevin Anderson (born 18 May 1986) is a South African professional tennis player who is ranked world No. 5 in men’s singles by the Association of Tennis Professionals (ATP) as of 11 February 2019.

He became the top-ranked male South African player on 10 March 2008 after making the final at the 2008 Tennis Channel Open in Las Vegas. He achieved his career-high ranking of world No. 5 on 16 July 2018. He was the first South African to be ranked in the top 5 since Kevin Curren was No. 5 on 23 September 1985.

On 6 February 2011, he defeated Somdev Devvarman in his hometown of Johannesburg to capture the South African Open title for his first ATP-level event title. His second ATP title came at the Delray Beach Open in 2012 when he defeated Marinko Matosevic. Anderson won his third ATP 250 championship in 2015 at the Winston-Salem Open with a victory over Pierre-Hugues Herbert. His fourth ATP World Tour title came in February 2018 at the New York Open. Anderson made his Grand Slam final debut at the 2017 US Open, where he lost to Rafael Nadal. He ended 2017 winning the Abu Dhabi hosted World Tennis Championship.

In the 2018 Wimbledon semifinals, Anderson reached his second major final by defeating American John Isner in the second longest match in the history of major tournaments. The match, which lasted 6 hours and 36 minutes, was only beaten in length by the 2010 match between Isner and France’s Nicolas Mahut.  – Wikipedia