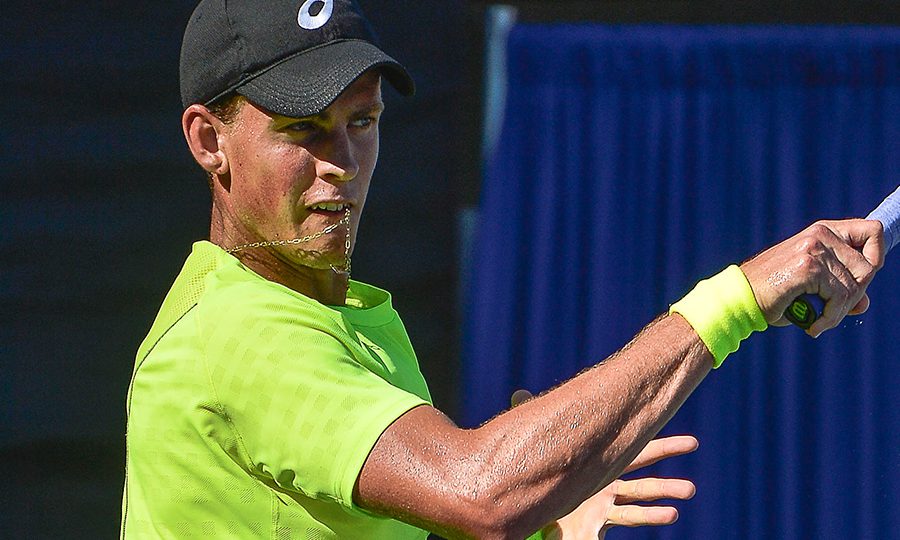 Vasek Pospisil (born June 23, 1990 in Vernon, British Columbia) is a Canadian professional tennis player. Pospisil has a career-high World singles ranking of 25, and No. 4 in doubles. Along with partner Jack Sock, he won the 2014 Wimbledon Championships and the 2015 Indian Wells Masters men’s doubles titles. He also reached the quarterfinals in singles at the 2015 Wimbledon Championships.

In January 2018, Pospisil won the sixth ATP Challenger of his career with a victory over Ričardas Berankis at the Open de Rennes.  In February, he won his second ATP Challenger title of the season after defeating Nicola Kuhn in the final in Budapest. In May, he advanced to his third ATP Challenger final of the season, losing to Yoshihito Nishioka in Gimcheon. The next week, Pospisil reached the final in Busan for the second straight year, but was not able to defend his title with a loss to Matthew Ebden. –Wikipedia