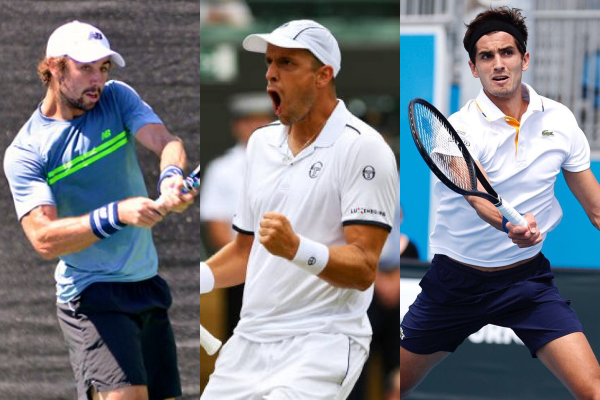 The Odlum Brown VanOpen is pleased to announce the men’s field which will compete in the $100,000 ATP Challenger Tour event August 11 – 19 at Hollyburn Country Club.

The field is among the strongest in the tournament’s 16-year history. The players on the list are in addition to 17-year-old Canadian rising star Felix Auger-Aliassime, who was announced as committed to playing at the tournament earlier this week.

“We are thrilled this year to have another strong field of players in our men’s event. We have players with victories over Nadal and Federer, and our number 1 seed Pierre-Hugues Herbert has won multiple Grand Slam doubles titles, including at this year’s French Open. The caliber of player we’ve attracted is world class and we are honored that they have chosen to participate in our award-winning event,” said Odlum Brown VanOpen Tournament Director Rik de Voest.

Overall, 11 of the men’s participants competed in the main draw at Wimbledon last month. The list also includes three players who were most recently ranked within the World Top 100.

France’s Herbert is currently World No. 79, Gilles Muller of Luxembourg is ranked No. 92, and Aussie Jordan Thompson is 98th overall.

Herbert‘s career high singles ranking is No. 63, but in doubles he’s been ranked as high as No. 2, which came July 2016. The 27-year-old is a three-time Grand Slam Doubles champion, winning crowns at the 2015 US Open, 2016 Wimbledon, and earlier this year at Roland Garos. He and partner Richard Gasquet won the doubles match vs. Belgium to help France win the Davis Cup last year.

Muller, who is a two-time Grand Slam quarterfinalist, returns to the Odlum Brown VanOpen for the first time since 2010. The 35-year-old reached a career high singles ranking of No. 21 last July and has 12 career wins over top-10 ranked players. Of those dozen wins, three came against players who have been ranked World No. 1 (Andre Agassi, Rafael Nadal, Andy Roddick).

Thompson was the runner-up at last year’s Odlum Brown VanOpen. The 24-year-old knocked off former World No. 1 Andy Murray in the first round of last year’s Aegon Championships, making him the first Australian player to beat Murray in an ATP-level singles match. Thompson also reached the third round in men’s doubles at both the French Open and US Open last year.

Other notables include Australia’s Jason Kubler, who’s ranked World No. 108, Thomas Fabbiano of Italy at World No. 110, Swede Elias Ymer at No. 111, World No. 123 Yannick Maden of Germany, No. 128 Ilya Ivashka of Belarus, Canadian Peter Polansky, who’s ranked No. 134, and World No. 138 Stephane Robert of France.

In 2009, Kubler became just the second player in history to go undefeated through the World Youth Cup and Junior Davis Cup. The 25-year-old has battled knee injuries throughout his career and is on a comeback that has seen him win two ATP Challenger Tour events this year, including earlier this month in Winnipeg.

Coached by former World No. 4 Robin Soderling, the 22-year-old Ymer jumped more than 150 spots to end 2017 at No. 142. He reached a career high of No. 105 last month and competed in the main draw of both the Australian Open and French Open this year. Ymer has a 9-1 career record in ATP Challenger and ITF Futures singles finals.

Ivashka was inspired to play tennis at age 5 after watching his father play. He’s a two-time Grand Slam participant, playing in the 2016 US Open and 2018 French Open main draws. The 24-year-old owns three ITF Futures titles and two wins on the ATP Challenger Tour, including the Pingshan Open in China earlier this spring.

Polansky, who’s from Toronto, was forced to withdraw from last year’s Odlum Brown VanOpen due to a wrist injury. The 30-year-old has 29 career ATP Challenger Tour and ITF Futures singles titles. He is an eight-time Grand Slam main draw participant, including the Australian Open, Roland Garros, and Wimbledon so far this year

Robert won the $75,000 Burnie International earlier this year to become the second-oldest champion in ATP Challenger Tour history. The 38-year-old is a former World No. 50 who reached the fourth round of the Aussie Open in 2014. The Frenchman has 23 career singles titles on the ATP Challenger Tour and ITF Men’s Circuit.