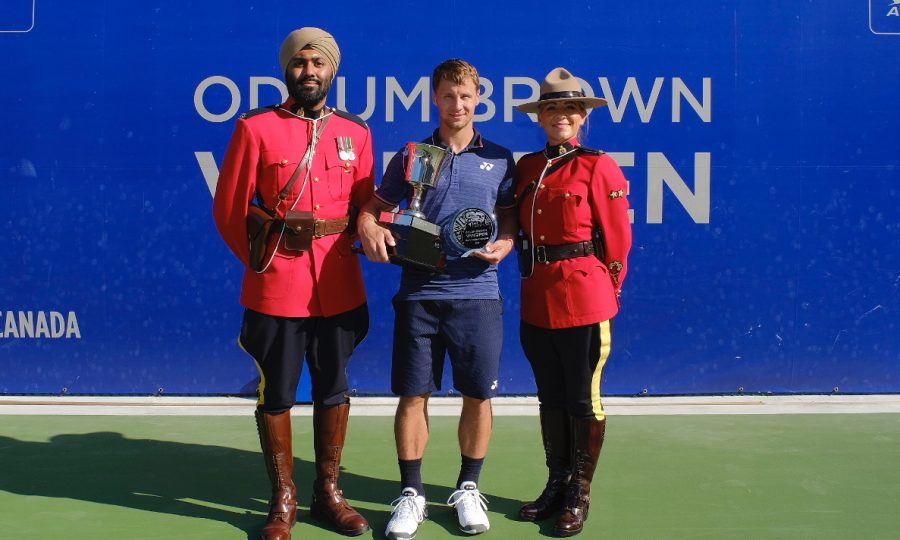 The 29-year-old Berankis adopted a workmanlike approach all week during his matches, but let some emotion show in the final after it looked like he would run away with the match. He won the first set in just 27 minutes.

“This match wasn’t as controlled as some of my previous matches. In the semis and the second round, I felt like from the first point I was in control. Today in the first set, it was control, but in the second one it was so-so which I lost 5-7,” said Berankis, who is the first player to win four Challengers in 2019. “I needed to leave everything that I had on the court to win the match. It was a really tough match, Jason played really well.”

Berankis is currently ranked World No. 76 and owned the second highest win percentage on this year’s ATP Challenger Tour heading into the week. He is the first No. 1 seed to win the Odlum Brown VanOpen men’s title since Marcos Baghdatis did back in 2014. 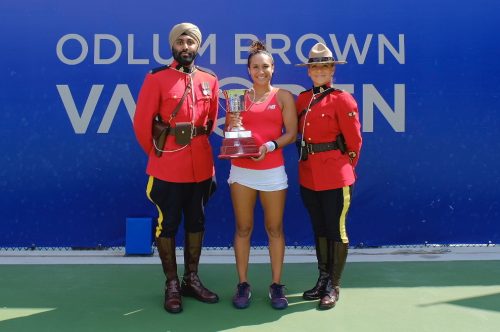 In the women’s final, the second time was the charm for Heather Watson of Great Britain as she erased a 5-1 first set deficit and stormed back to win the 2019 Odlum Brown VanOpen women’s championship 7-5, 6-4 over third seeded Sara Sorribes Tormo of Spain.

Watson was a finalist at the Odlum Brown VanOpen a year ago, falling in three tough sets to Misaki Doi of Japan. In returning to Hollyburn Country Club this year, the loss to Doi weighed on her mind. “Walking through the club every day, you see the winners all on the wall and I just missed out last year. It’s been a big motivation to get my picture on that wall,” she said.

For Watson, it’s the 27-year-old’s ninth career ITF singles crown and she didn’t lose a single set all week. “It was such a battle out there today. It was just two sets, but it was by far one of the most physical matches I’ve played (this week) because of how Sara plays, she’s such a fighter, she’s very smart and tricky with her slicing, drop shots and coming to the net. Sara had a great start to the match and was just too good. I was 5-1 down and set points down, but I just carried on fighting and I’m really happy to come through that.”

Watson, who’s a former World No. 38, is the first player from Great Britain to win the Odlum Brown VanOpen women’s singles title since current World No. 15 Johanna Konta did in 2015.