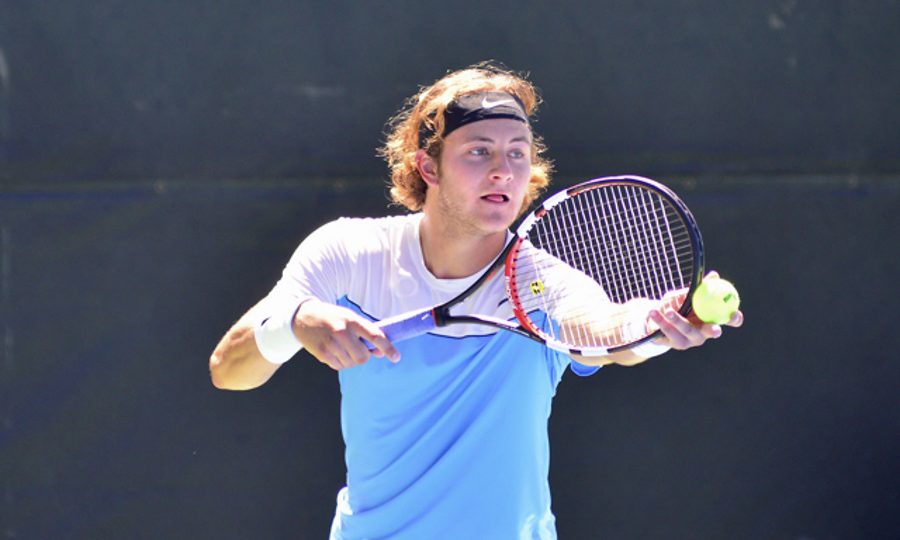 Brayden Schnur’s success this summer on the ATP Challenger Tour continued on Thursday at the Odlum Brown VanOpen. The 22-year-old reached at least the quarterfinals of a Challenger event for the fourth time in the last two months after a 2-6, 6-2, 7-5 win over sixth seed and World No. 97 Taro Daniel.

Two of Schnur’s quarterfinal appearances earlier this summer came at Challenger events in Winnipeg and Granby, Quebec. Playing in front of a Canadian crowd clearly agrees with the Toronto native.

“I definitely had the Canadian fans behind me and it was a great atmosphere out here. I always love coming to Vancouver – this and Rogers Cup are my two favourite tournaments. I tell people the Odlum Brown VanOpen is like an ATP event, the fans are a big part of why this tournament is so amazing,” he said.

It was the first career meeting between the two players and the match saw Schnur hit seven aces en route to the victory.

“In a close match like this, I wanted to make sure I was going for my shots, but he played really well and is a top-100 player for a reason and I’m just happy I got through today,” Schnur said.

He’ll face second seed Aussie Jordan Thompson in the quarterfinals. It’s the first meeting between the two. Thompson advanced with a 6-1, 6-3 win over countryman and qualifier Max Purcell. Other players who punched their tickets to the men’s singles quarterfinals include 2016 ATP Star of Tomorrow Taylor Fritz of the United States along with German Cedrik-Marcel Stebe.

For the second straight day, Richmond Hill, Ontario’s Carol Zhao fought back from losing the first set to win the match and advance to the quarterfinals at the Odlum Brown VanOpen. The 22-year-old topped former World No. 12 Yanina Wickmayer of Belgium 0-6, 6-4, 6-4 on Thursday afternoon at the Hollyburn Country Club.

“It was a highly competitive match and honestly, I think my match yesterday helped me in those tight moments today. There were a lot of parallels deep in the third set, so very happy that I was able to come up with some big points in key moments,” the Stanford University alum said.

After the first set which saw Zhao commit three double faults, she rallied to steady her game in the second and third sets, against a player ranked 255 spots ahead of her in the WTA singles ranking.

“The first set today wasn’t the prettiest, I had to find a way to regroup mentally. Yanina was serving really well so I had to try and throw her off her game, but I was just trying to keep my focus and play one point at a time,” she explained.

Zhao now plays fourth seed Ons Jabeur of Tunisia in the quarterfinals. It’s the first career meeting between the two. Jabeur moved into the third round with a 1-6, 6-2, 6-2 win over Patricia Maria Tig of Romania.

Matches continue on Friday, August 18 at 11 am, including Men’s and Women’s Singles Quarterfinals along with Men’s and Women’s Doubles Semifinals. Tickets to the Odlum Brown VanOpen are on sale now, starting as low as $48.