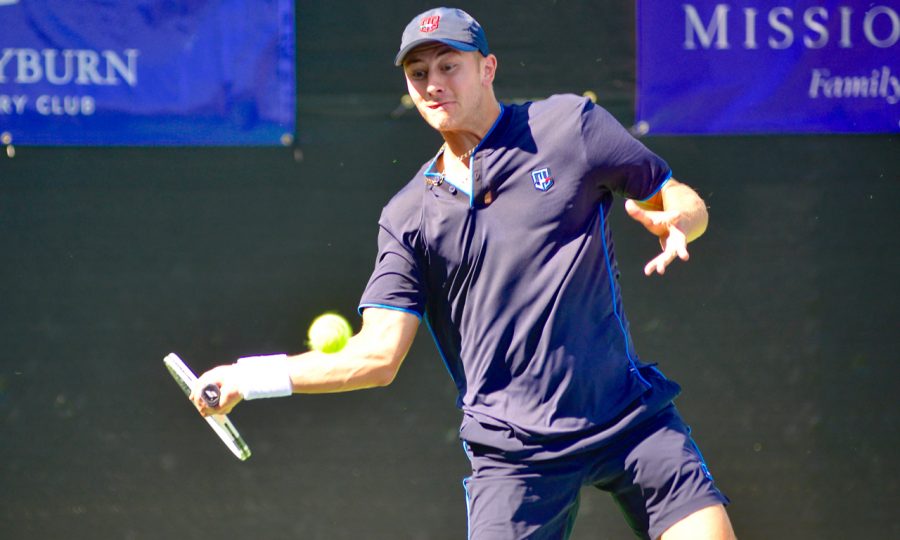 On a day that saw four Canadians in men’s singles second round action at the Odlum Brown VanOpen, there’s only one still standing as Brayden Schnur of Toronto topped Australian Akira Santillan to advance to the third round at the ATP Challenger Tour event.

Schnur needed three sets to dispatch of Santillan 6-2, 2-6, 6-4. Despite there being a 139 ranking point difference between the two, Schnur acknowledged that it was a tough opponent to kick off his tournament against.

“He’s a tricky player, serves well and plays pretty aggressive. In the second I thought I only played one bad game on my serve where I was broken at love, and then in that last game there at 5-2, he played a really good game to break me and that’s life, it’s just one set of tennis so I tried to move on from it.”

Schnur – currently ranked World No. 95 – was conscious of not putting too much pressure on himself as a Canadian playing a tournament on home soil. “Last year I came here with high expectations and I lost in the first round, so this year it’s a different story,” the University of North Carolina alum explained. “I wasn’t expecting much out here, I was a little beat up coming into the tournament and now I’m feeling better each day and happy to get a win.”

The 24-year-old will now play Enzo Couacaud of France tomorrow in the third round of the tournament. Their match is the second of the day on Centre Court, which should start at approximately 11:30 am PST.

In Wednesday’s evening feature match-up, Hyeon Chung saved three match points to knock off crowd favourite Vasek Pospisil in a three-set thriller that saw the Korean win 1-6, 7-6(8), 6-3. Cheung, who is a former World No. 19 and won the ATP Next Gen Championship in 2017, faces Maxime Janvier of France in the third round.

On the women’s side, Spaniard Sara Sorribes Tormo and Heather Watson of Great Britain are the only two seeded players remaining in the draw after top seed Alison Van Uytvanck of Belgium, second seed Misaki Doi of Japan, and eighth seeded Belgian Greet Minnen all lost their second round matches on Wednesday. Doi was the Odlum Brown VanOpen women’s singles champion last year.

16-year-old Leylah Annie Fernandez of Laval, Quebec is the lone Canadian left in the women’s singles draw. She plays qualifier Alison Kratzer of the United States on Thursday.