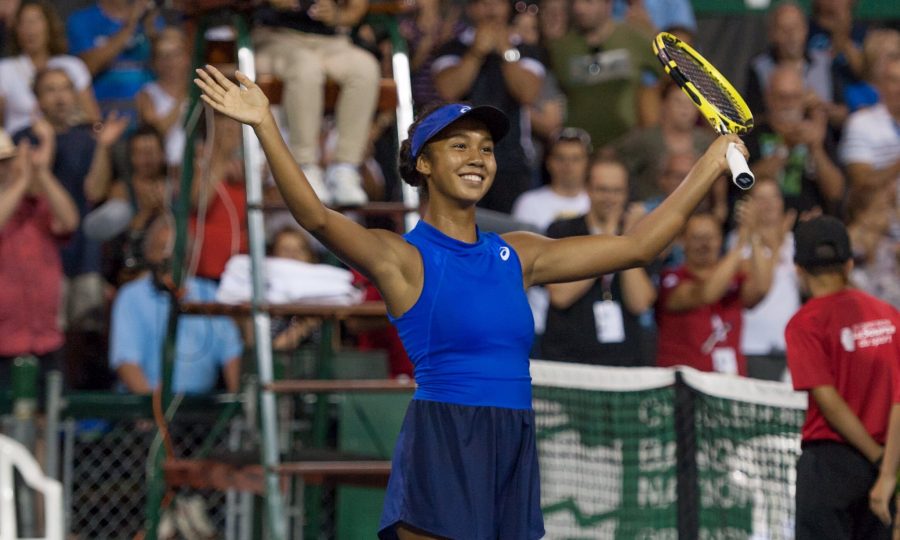 Up and Coming Canadian Stars and Former World No. 13 Receive Wild Cards to Women’s Main Draw at Odlum Brown VanOpen

Organizers of the Odlum Brown VanOpen are pleased to announce that rising Canadian tennis star Leylah Annie Fernandez is among the four players who have been awarded wild cards for this year’s tournament August 12 – 18.

While 16-year-old Fernandez is making her first appearance on the courts at Hollyburn Country Club for the tournament, Canadians Carol Zhao and Carson Branstine along with former World No. 13 Kirsten Flipkens of Belgium are all returning and will be part of the women’s main draw.

“With Leylah, Carol and Carson – along with Eugenie Bouchard – we are excited to have four of the top ranked women’s players in Canada competing at this year’s tournament,” said Odlum Brown VanOpen Tournament Director Rik de Voest. “The addition of Kirsten, who’s earned wins over former World No. 1s Venus Williams and Garbine Muguruza, is sure to elevate the level of tennis at our tournament.”

Fernandez has had a summer to remember thus far. The teenager from Laval, Quebec won the junior French Open in June and the Gatineau National Bank Challenger in singles and doubles last month for her first pro championship titles. Fernandez also made it to the final at the 80K National Bank Granby Challenger two weeks ago, upsetting World No. 135 Nao Hibino in the round of 16 in the process. Her French Open win was the first ever by a Canadian at the junior girls’ Roland Garros tournament.

Zhao was the number one ranked women’s player in Canada as recently as a year ago, when her WTA ranking hit a career high World No. 131. The 24-year-old from Richmond Hill, Ontario was a semifinalist at the 2017 Odlum Brown VanOpen and claimed her first two pro singles titles on the ITF Circuit in Japan and China later that year. The Stanford University alumna won the Australian Open junior doubles championship in 2013 and was named most improved women’s player by Tennis Canada in 2017.

Flipkens makes her first appearance at the Odlum Brown VanOpen since being a finalist in 2015. She has ended the season ranked in the top 100 in nine of the last ten years and ended 2018 ranked World No. 48. The 33-year-old has played in the second round or better at ten Grand Slams, including a semifinals appearance at Wimbledon in 2013. She owns one WTA singles title, five WTA doubles titles, 12 ITF singles titles, and two ITF doubles titles in her career.